Art in Pakistan has seen a distinct upsurge in the past two decades and because it has arisen from an era of volatility, explosive encounters and subversion, its organic impulse is not aesthetic but emotive and therefore edgy. Or at least, the best of Pakistani art is alchemical and transmutative. Bad art which abounds in every decade in every part of the world, requires sifting, the wheat from the chaff. But more importantly, it is imperative that the discourse that accompanies production be seen and read and heard for the ground to be fertilized or else only weeds will flourish. That said, good and bad will always remain subjective and therefore almost irrelevant in the scheme of things. What becomes the focal stimulant and actuation is the idea. The more our debate and dialogue rotates on the axis of ideas, the more informed readers and artists become, the more fulfilling the search and identification of the art.

I have reckoned Artemesia to become the voice of art and artists issuing from or in some manner associated with Pakistan. We however, do not live on an island and with contemporaneity becoming more and more infused with the compulsions of globalization, for better or worse the world today is a smaller place and as Picabia in his errant way said “Our heads are round so that our thinking can change directions”. In the same manner the world is round and we must alter directions often. In this strain, while Artemesia would like to contribute a Pakistani droplet in a sea of international art the process is symbiotic and we would like to include artists around us who are engaging with well informed ideas.

Here’s to the earnest hope of great ideas! 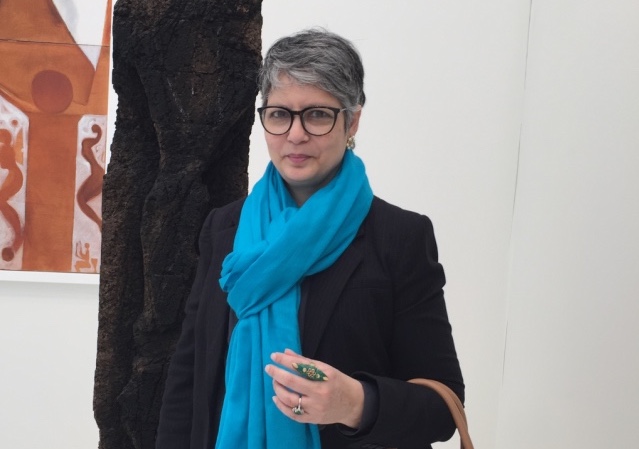